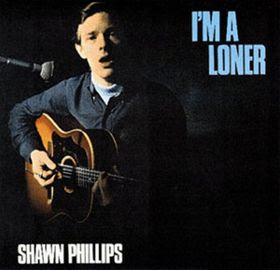 Dubbed "the best kept secret in the music business" by the late rock musician Bill Graham, Shawn Phillips' music is as wide as his more-than-4-octave vocal range. Praised for his unusual musical stylings and full use of the English language, Phillips defies all conventions of popular music. He has composed some of the most intense and thought-provoking music in the business, yet has achieved only a small, but devoted following, and yet, remains devoted to composing, no matter how few hear his wonderful music. Shawn Phillips was born 3 February 1943 in Fort Worth, Texas, the son of spy novelist/poet James Atlee Phillips.
His first introduction to music was sitting under the piano while his mother played "Malaguena". He first picked up the guitar at the age of 7. He and his family traveled all around the world living in many varied places, such as Tahiti, and Shawn absorbed the music of wherever he was. He moved back to Texas in his teens, briefly joined the Navy at the age of 16, moved back to Texas and then to California in the early 1960s, immersing himself in the folk music scene. He recorded his first 2 albums for Columbia records, 1965's "I'm A Loner" and 1966's "Shawn". Looking for a change, he moved to England and met folk musician Donovan Leitch and wrote music with him.

For those of you familiar with Shawn's more popular albums beware: this is strictly an acoustic album that included only three original compositions ! That said, it is an excellent collection of folk songs done by a talented musician and an excellent singer performed without any other accompaniments.

where do you find these first two shawn phillips albums? are they available to purchase? cd or vinyl? anyone know?

this link's dead too, though it is pretty old (in blog years anyway), any chance of resurrection (new link ) ??, never heard of this guy and no idea if any good ...

Can you send me a link via email for this "I'm a Loner" album, many thanks! i am now desperately needed the song "solitude" to be added as the final track into my cassette mixtape!I tried so hard to look for a high quality mp3 source to download but it didn't work out, couldn't find anything valid!If you can help me with this one , I would be very much appreciated and sincerely thank you for your kindness!