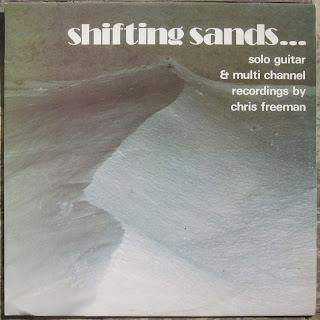 Possibly the most difficult album to track down by virtuoso Australian guitarist Chris Freeman.
Outsider fingerstyle folk with studio effects. 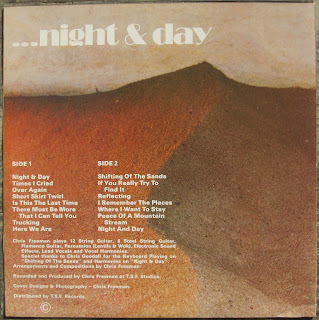 A great LP in my opinion ! 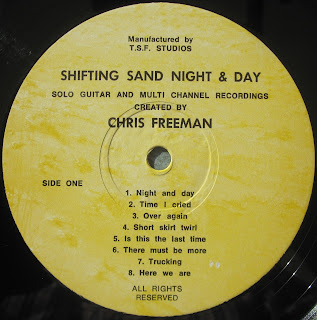 A rare LP in a great condition ! Don't miss this one ! 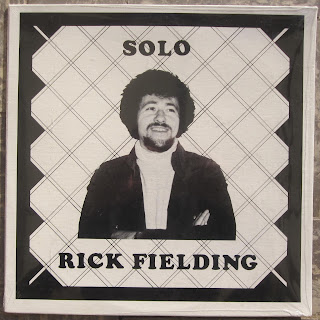 Rick Fielding is a strongly tradition-oriented songmaker from Toronto, Ontario, a superb multi-instrumentalist, and a darned fine singer.
This 'Solo' LP is his first release from 1976 and it's a very great LP. 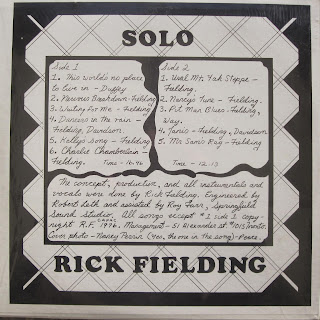 Growing up in Montreal in the 1960’s in a musical family, Rick was influenced by musicians like Sonny Terry and Brownie McGhee, Leadbelly, Woody Guthrie, Rev. Gary Davis, Pete Seeger, Josh White, and The Weavers. After moving to Toronto in 1969, Rick quickly became a fixture on the Toronto folk festival and club scene, where he met and worked with musicians like Gordon Lightfoot, Ian and Silvia, Tom Paxton, Arlene Mantle, and dozens of others.
Rick toured extensively throughout Canada and the U.S. as a solo performer, establishing himself as a favourite at folk clubs and festivals. 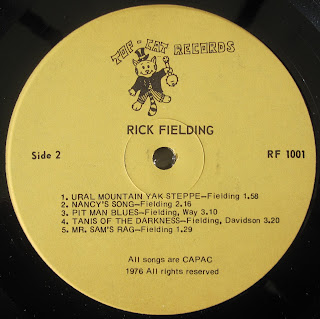 Record : EXC+ (was still sealed when I bought it and I only played it once)
Cover : EXC (still in shrink - see pictures)
Price : 70,00 Euros (+ expedition costs calculated by the Belgian Post)
Payment : PAYPAL only
Contact : etienne.reyser@gmail.com
Αναρτήθηκε από imnotgod στις 20:25 No comments: 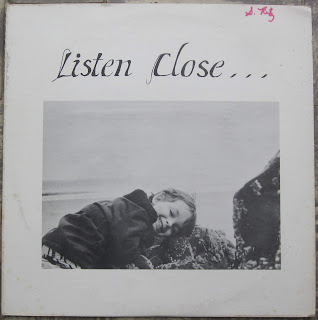 Very rare and interesting Xian Folk LP released on the RPC label (end of the 60's or beginning of the 70's). 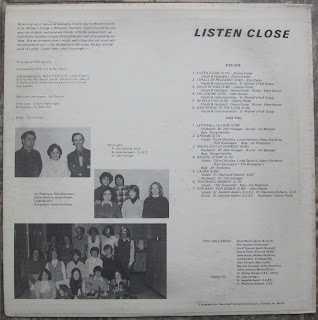 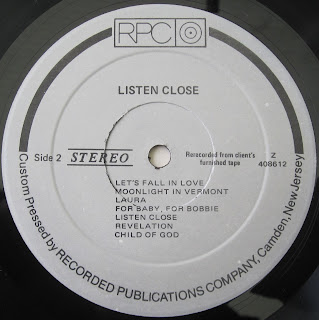 Really another great discovery on the RPC Label ... 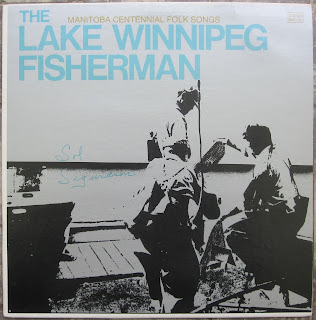 Listen to this track :
https://www.youtube.com/watch?v=LolVTYtvryw 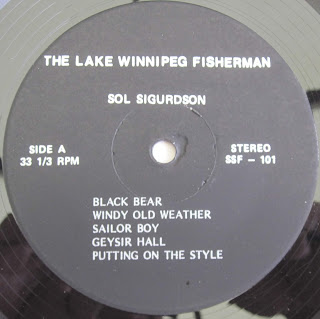