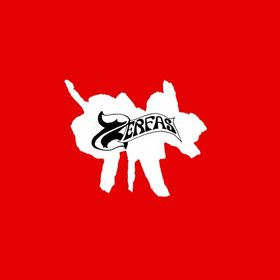 The structure of the album is impeccable. From the opening moment, it’s obvious you’re in for something truly special. “You Never Win” fades in with a backwards loop, over which a lovely melody appears. It goes on for a while, but could continue for hours more without becoming tiresome. It’s as great and true a musical moment as there has ever been. Rudely, the drums disrupt the calm to begin the body of the song, an updated 60s garage punker with powerful organ. As the song nears the end, the opening melody recurs, only this time it’s played forwards. It’s at this moment that you realize that this album is a true work of art, not just a bunch of great moments but a perfectly conceived synthesis of ideas. If only to prove the point, within a few seconds of the next song, “The Sweetest Part,” we are treated to the most beautiful fuzz guitar riff in history. As the album moves along, all of the eight songs have moments that, while unlikely to match the perfection of the backwards bit or the searing fuzz riff, should send shivers down the most jaded spine.
The songs are enlivened by psychedelic experiments that range from the slowed-down laughter of a tickled child to someone belching the words “mushroom soup.” Not just each song, but each verse is arranged with intricate care, and surprises like the stunning percussion that ends the quiet “I Need It Higher” keep the listener guessing. The two songs that begin side two show a bit of the spirit of 1973. The bouncy “Stoney Wellitz (and its almost trendy moog solo), and “Hope”, with its ocean sound effects and long, layered keyboard solo, are longer and more likely to appeal to, say, prog fans, than the pop-oriented songs on side one. That’s not to say the seem out of place or don’t work, because they do, in spades. And in no time at all, we’re back to massive walls of 60s-inspired psychedelia. The introduction to “Fool’s Parade” is interrupted by a stunning backwards vocal (don’t listen to people who claim it says something; it’s gibberish in both directions.) The body of the song ends after only two minutes, only to be followed by two further minutes of sped-up guitar, slowed-down guitar, space sounds and the aforementioned “mushroom soup” reference.
This is all set-up, though, for the album’s finest moment, the closing “The Piper.” A more ideal pop song is unlikely to exist. From the opening piano trills to gorgeous verses to gorgeous bridge to gorgeous chorus to stunning keyboard solo to the most perfect of the album’s many perfect guitar solos, in just four minutes they’ve done the impossible. They top what came before. The album ends on the final moment of genius; the piano trill returns and then is abruptly cut off, leaving the listener with his or her mouth hanging wide open. Not only has the song itself been framed by the piano, so has the album as a whole; the first and last song share the framing device, and the abrupt end is as compelling as the backwards fade-in.No, this album isn’t completely perfect. I’m not entirely convinced that the speak-singing on “You Never Win” really works, and perhaps the plethora of clever arrangement ideas push both “Stoney Wellitz” and “You Don’t Understand” a verse too long. Oh, and this will never be my own personal favorite album because the lyrics don’t hit home with me in the way something has to in order to be a #1 desert island pick. But musically, there’s no album on this universe I enjoy more than ZERFAS, and no album from which I can discover more new joys after hundreds of listens. The first reissue of this album contains several pages of notes about the band, and presumably gives some idea why they never released any more music. I’ve never found this issue of the record; I’m not sure I even want to know the answer to the many questions I have about these guys. And, oddly, the fact that it was never followed is almost a plus, a way of making sure that this album’s greatness will never be tarnished by the company it keeps. Obviously my view on this album is full of bias; only a few people will love it quite as much as I do. But most will love it almost as much. (Review posted by Arcadium on LostInTyme)

Perhaps the reviewer goes a bit far in his praise but, this is a damn solid album. Really enjoyable. Thanks.