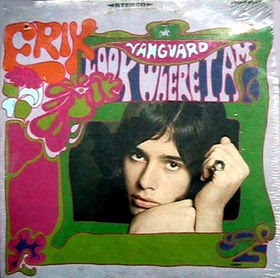 Initially posted on redtelephone66.blogspot.com, thanks to Leonard.

Here’s another obscurity released on the Vanguard label in 1968, Erik Heller’s “Look Where I Am”, which is a nice mixture of folk/psych originals with some great instrumentation including flute, vibes, and some great guitar work.

The 11 tracks on "Look Where I Am" cover the full range of psych/acid folk, from the strong opening track, with its multi-instrumental backdrop of flute, vibes, horns and bells, to the voice-and-guitar of 'Why Come Another Day' to the heavy fuzz guitar of 'You Said/But I've Got My Way'. There's even a long, soulful Davis-esque muted trumpet passage on 'Lights Across The Field'. The album has a dreamy, almost wistful Donovan-like feel, with tons of acoustic guitar and ethereal flutes. 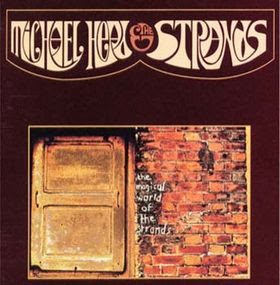