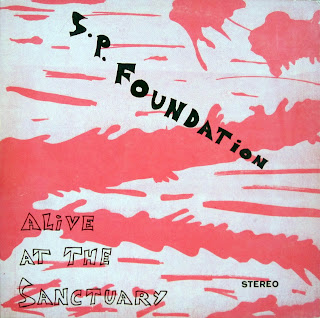 Very great Xian Folk LP, one of the bests in this genre.
Private Press from Weirton, West Virginia. 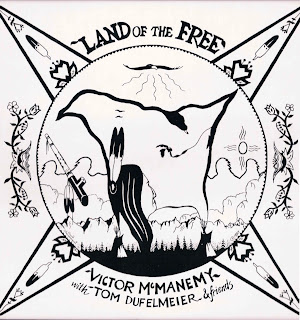 Listen to this 'live' performance :
https://www.youtube.com/watch?v=SJa58nzC1mc

"Perhaps Northern Michigan’s greatest ‘undiscovered’ folk player, Victor McManemy had a voice in the same neighborhood as that of Gordon Lightfoot, with songwriting talents to match when he released “Land of the Free” in 1983.
McManemy, a resident of Old Mission Peninsula, also had an attitude firmly on the side of the underdog, writing in the lost tradition of the angry, aggrieved balladeer on behalf of the dispossessed, with the injustice to Native Americans being a favorite theme. The album also took a bare-knuckles stand on issues of the day, such as the Big Rock nuclear power plant near Charlevoix (“Big Rock Point’s On the Line”) and atomic weapons (“Let’s Stop the Tridents!”).
Album offers a revelation on the superb musicianship found on the album’s nine songs, with McManemy performing on six-and-12 string guitars, Tom Dufelmeier on six-string acoustic lead guitar, Jerry Sprague on bass, and exquisite harmonies from Linda Dufelmeier.
Back in the early days of Northern Express, we used to play “Land of the Free” at rocket-liftoff volume while laying out the paper, finding inspiration in its powerful songs. It’s simply a knockout of an album and a master’s class in the power of folk."
(review from Northern Michigan's Newsweekly, Nothern Express) 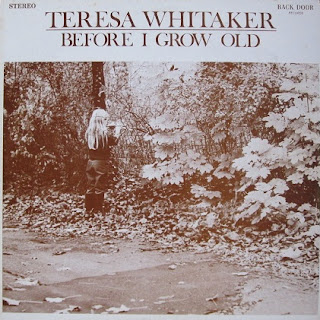 Great Hippie Folk LP with flowing melodies and the beautifully colored voice of Teresa Whitaker - 17 years old when she recorded these songs.
Highlight : A1. "What Color is the Grass ?"
All words and music by Teresa Whitaker. 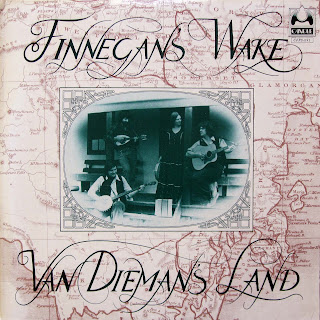 Sublime Tamanian Folk LP with femvox, which gets 3 stars in Pokora book, released on the great 'Candle' label.
A must for all 'psych folk' collectors.

Listen to this track - 'Wizard of Winter' on Youtube :
https://www.youtube.com/watch?v=TbZVSE8QsUw