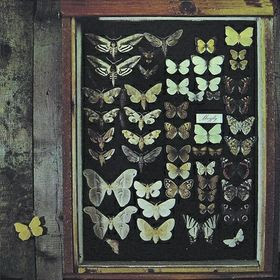 This group made one of the best Dutch progressive folk albums in a poetical style similar to several British groups (Spirogyra, Fuchsia, Beatles) or even the first album by the German group Hoelderlin. What makes it so strong are the expressive vocals of Maarten Min, enchanting melodies, a reflective or sorrowful mood and good English lyrics. This is typified by tracks such as "Dawn Of An Old Man's Life" and "Lemoncake", although a few tracks are lighter in mood and more influenced by the folk-style of late 60's Beatles or Honeybus. An album that easily stands out of the crowd and therefore strongly recommended.
(Asbjørnsen - Scented Gardens Of The Mind)
Αναρτήθηκε από imnotgod στις 22:01 8 comments: Σύνδεσμοι σε αυτήν την ανάρτηση 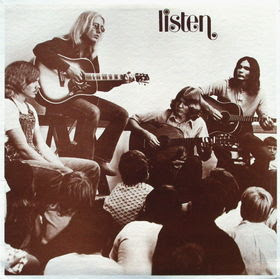 Four longhaired teen guys and their excellent homemade acoustic rock endeavor with relaxed guitars-only wholesome earthy in-tune-with-nature sound. The songs are moving, sorrowful, hypnotic, melancholy, sincere, deeply meditative - the guy I got this from thought they sounded like Azitis unplugged and I’m inclined to agree. Nice dreamy atmosphere from the plaintive harmonies and interplay of the three guitars, bringing a moody surreal presence to songs like ‘Clouds And Suns’, ‘Why’, ‘Jesus Love’, ‘Forgive’, ‘His Face’, ‘Chapel’ and ‘Nows’. Upbeat strummed moods on ‘Prisoner’s Prayer’ and the brisk jangly opener ‘Spring Thing’. ‘Relativity’ and the mostly instrumental ‘The Unknown Sea’ are spoken poems backed by acoustic guitar. The guys got their start at a talent show in 1970 at Camp Lutherhoma in eastern Oklahoma. Really strikes a chord. The album has recently gotten a reputation among psych collectors and can now go for some large dollars.
(Taken from heavenly-grooves.blogspot.com) 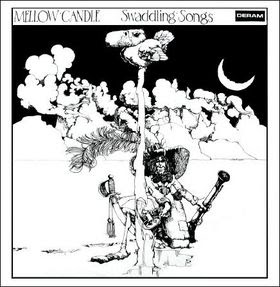 "Swaddling Songs" debut album is rich in varied and a true sonic marvel of beauty and simple melodies, and, most of all, a blending of two of the most beautiful voices in all of music. This is a fantastic album that deserves new discovery. 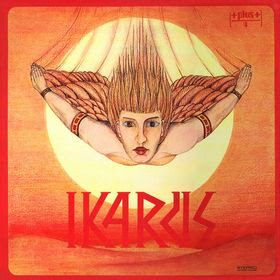 IKARUS played progressive rock that sometimes was in the vein of VAN DER GRAAF GENERATOR. The sound is dominated by emphasis on guitar and organ interplay, but the use of flute, saxophone and clarinet add more color to their compositions. A solid album.

A very good addition for your Krautrock collection !!!

Enjoy, it's one of my favs from the german scene !!!
Αναρτήθηκε από imnotgod στις 20:58 1 comment: Σύνδεσμοι σε αυτήν την ανάρτηση