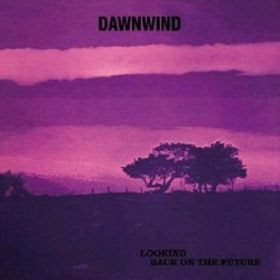 Dawnwind were formed in 1968 by Jon Harflett and John Perkins. Originally the pair performed as Harflett and Perkins, playing mainly in the Midlands as a semi-professional act. The duo went full time in 1970 and changed name to Dawnwind.
In the early seventies they built a fairly solid reputation as a live act on Club/University/College scene. They also got to tour in the USA, Germany and Holland.
The bands recording history is quite complicated. An album was recorded for the Eden Lable in 1970, "Natural Born Ramblers" and although some copies were pressed Eden went bust before the album could be released. EMI then began to show some interest but although John Perkins sat in playing guitar on Sam Parry's album and Jon Harflett wrote liner notes for a couple of albums, their management Nucleus never managed to get a deal.
In 1974, Norman Davies of Amron approached Dawnwind about making an album, and it was recorded in 1975 at the Mid Wales Sound Studio, with Norman producing and Alan Green as engineer.
Dawnwind were always a duo but many guests appeared at gigs, people could be forgiven for thinking of them as a band. For the Looking Back On The Future album, they used Dana Simmons (American) and Alistair Leacock on back-up guitars and Will Thomas on fiddle and mandolin. Dana sang high harmony on Street-Singer. Jon Harflett was lead vocalist on all tracks except Man Of Stars, Concrete Circles and I'm Sentimental Too. In addition to the tracks used on the album they also recorded a version of Steve Goodman's City Of New Orleans. Both Harflett and Perkins were responsible for the musical arrangements.
Jon Harflett:- "The first pressing was 500 copies for sale in clubs but then everything got very complicated. Norman Davies either sold or just gave up on Amron. Copies of the album then started to turn up in shops (and were still turning up circa 1978). It was fairly widely available in Germany, where it was also bootlegged. It was bootlegged too in the USA in the mid-nineties. Nobody really knows how many copies were printed or sold in total but it's a lot more than most people think despite it being rare now."
Dawnwind split up as a working duo in 1976 but have remained friends to this day. Jon Harflett continued a solo career in and around London until the eighties and then became a University Teacher until ill health forced him into retirement. He has written an autobiography, 'Dancing With The Moon'. John Perkins later founded his own lable (Check out White Eagle Records on the Net). They have been known to turn up in Folk clubs just for old time's sake but have no interest in bringing Dawnwind back. Both are frankly amazed that the album should have become a collector's item.
Jon:- "We have been approached several times about a CD issue but there is a tangled web of copyrights involved and it's never seemed worth it. There are about fourteen sites on the Net with information about Dawnwind - most of it wrong. The only thing that really annoys the two John's is when we're described as a Welsh Band."

(from "The Tapestry of Delights" by Vernon Joynson)

A British counterpart to Spain's Book of Am, America's Trees, and Scotland's Caedmon !!!

A beautifully melodic and intimate album. Though critically praised, it was only issued as a private pressing and was thus condemned to obscurity until its legend began to grow through collectors and bootleggers !!!
Αναρτήθηκε από imnotgod στις 11:52

If you find the time, could you please re-upload this album somewhere? I would be incredibly grateful!!

Peace to you and yours,
Gregg

Sorry for the delay but here's a new link :