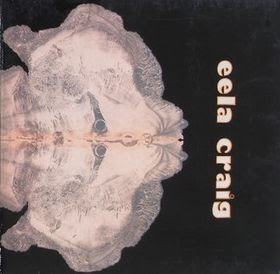 EELA CRAIG was by far the best known Austrian prog rock band.
This self-entitled album from 1971 is very obscure and known by very few, as it was originally released on a small Austrian label called Pro-Disc. Luckily a small German label called Garden of Delights reissued this on CD.
While their later albums tended to be synth-heavy symphonic prog, this one tends to the bluesy/jazzy psych/prog realm, with the Wurlitzer electric piano dominated (and Hammond organ on only two cuts). The bluesy nature of this album has to do with original guitarist Heinz Gerstmair, and vocalist Will Orthofer, while drummer Horst Waber gave the band that jazzy touch, add that on with the flute, organ, and acoustic guitar of Harald Zuschrader, bass of Gerhard Englisch, and electric piano of Hubert Bognermayr, and you have the original EELA CRAIG lineup.
It's full of good stuff like the drug-oriented "Selfmade Trip" and "A New Way". "New Born Child" starts off in that psychedelic manner with terrifying screams in the most inappropriate time (when the song slows down, unlike PINK FLOYD's "Careful With That Axe, Eugene", which the song reaches its most intense climax). It's a pretty nice piece of underground prog/psych you come to expect from this era.

your words made me curious.

thank you for the presentation of this kraut/psych album.

may your days be sunny : Kill.Waas