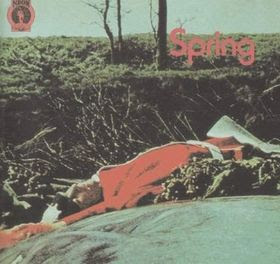 This album is an excellent LP of a fine band that played progressive rock in the Early 70’s. The second LP was in progress when the group disbanded and was released recently, but it is a not complete work.The technical capability of the musicians (the music was recorded “live” in studio with the only overdubbing of the guitars) and the sound characterized by the omnipresence of a mellotron create a little masterpiece of the genre.

I don't know why I love this album so much. No flute, no sax, no violin, nothing special to catch my ears. Except mellotron all over the way. But all the elements add up to a very great result. It's really one of my top favourite records. I don't understand why such a gem stayed so long in the dark.
Link : http://rapidshare.com/files/9686502/spring_-_spring.rar
Αναρτήθηκε από imnotgod στις 16:54