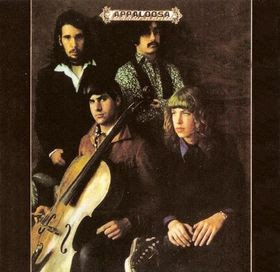 Singer, songwriter, and guitarist John Parker Compton co-founded the acoustic band Appaloosa with violinist Robin Batteau in the late '60s. Both musicians had been heavily influenced by the folk scene in their hometown, Cambridge, MA. Compton got his start singing in a Cambridge church choir before he and Batteau began playing the coffeehouse circuit together. As the 1972 press release for Compton's solo album, To Luna, told it, he showed up at producer Al Kooper's Columbia Records office in late 1968, hoping to show him his songs. Uninterested, Kooper told the kid (Compton was 18) to come back some other time. But a little while later, Kooper came in on Compton and Batteau performing for the office secretaries. Finally won over, Kooper recorded their demo, and within a year the newly signed musicians had released an album, the self-titled debut from their group Appaloosa. Also including bassist David Reiser and cellist Eugene Rosov, Appaloosa was joined in the studios by members of Blood, Sweat & Tears and by Kooper himself.

The result is this pretty unknown psychedelic masterpiece.

Not to be missed, it's a pure delicate gem.

please re up. i can´t fine this album