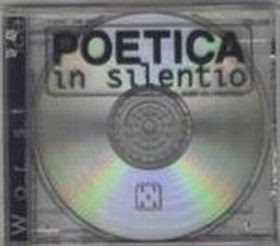 Hard to believe that with such a name, this would be a Dutch group, but such is the case. This quintet (created in the early 90’s) is from the Utrecht province (the city of Amersfoort) and somehow does not sound like their compatriots, which often seem to develop a sort of neo-prog. POETICA IN SILENTIO is rather difficult to describe and if they have clear symphonic influences, they are also delving sometimes in sombre Avant-Prog territories with Cynthia Prummel’s violin. Having recorded their first album as far back as 96, they only got around to release it as a Cd in mid-2000 when they participated to Prog-Resiste Convention in Verviers (Belgium). By that time they had also released another EP, called Who Rolls The Dice, and since then have again released another album called What Do Fish Know? Unfortunately their albums are hard to come by since they are self-produced and the band seems to remain unknown to most even in the homeland. (taken from Progarchives)

Who Rolls The Dice, this "EP" was produced and released at the same time as their debut album, just at the time when it seemed the group was about to breakthrough with a bunch of concerts in Belgium and neighbouring countries. This album is rather funny in its conception being completely transparent (no covers), with a few dice rolling around in the jewel case and overall a renewing kind of packaging, and was only available as a Cd-r back then. While only 31 minute long, this "EP "repeats the superb impressions that comes with the debut album.
Only five tracks ( + a sixth one who remained unnamed), but well in the same genre than their debut, but with an added keyboardist, making them a sextet when they tried to breakthrough. So in principle the difference between the debut and this Ep would be keyboards (there were none in the debut), but it could fool me for they do not alter the sound any, if at all. Yes, they (kb) make the occasional appearance in the track "Who Calls The Name".
If anything the Crimson influences are slightly more enhanced (especially in Illusion) and the Burma Shave a bit less pronounced. Clearly the highlight in this record is the almost 9- min epic Bending The Horizon, where they take the time to expand and take dramatic meanders (guitars are wailing) while the singer clearly looks at Lake’s more solemn moments, but nothing scandalous. This track is probably the “epic-est” of the group.
While it is difficult to choose this EP over the debut album, it is slightly more professional (songwriting makes more sense) and certainly represents the group at its prime.
(Review by "Sean Trane" Hugues Chantraine - Special Collaborator Prog-Folk Specialist - Progarchives)

This is good instrumental rock with a nod to Anekdoten, but lighter, and King Crimson. Quite a lot of tension in the music and the additions on violin are tasteful and lend some extra atmosphere to the music. The music comes and goes in waves with fast paced parts alternating with moody introspective passages. Quite late in the track the vocal parts start. These vocals have something typically Dutch, reminding me of the vocals of bands such as Supersister. Musically there are also some aspects of Hoyry-Kone here, but the (now former) vocalist of the Finnish Topi is a much better performer and singer. Who Calls The Names is the second track and it opens subtly and darkly. The vocals sound quite intimate here while the music builds up. Then the music gets a little bit more pace with the bass player setting it and I hear some faint, but explicit, echoes of Genesis. The song stays in the KC/Anekdoten vein though, with some playful percussion. Then the song changes mood again with the organ coming in. King Crimson in its eighties incarnation returns in the playful Illusion. The guitar sound especially reminds of Fripp here. Bending The Horizon is a great one with some great guitar guitar work and the spirit of Hoyry-Kone firmly present. Highly melodic, great tension building. In some places the vocalist keeps back too much, I prefer him to sing his heart out a bit more. The closer of this mini album is the moody Laughter Cries which is a bit in the old Hammill style. The chorus is very good. (http://people.cs.uu.nl/jur/reviews/whorollsthedice.html)

Studio Album, released in 1999, self produced.

All lovers of Scandinavian Prog, with touches of King Crimson and VDGG, must have a listen to this unknown little gem !!!

It's one of my favs besides Anglagard, Anekdoten, and the likes ...

I think this EP is still available at Musea Records http://musea.musearecords.com/

I'm really hoping you will enjoy this mega rare gem and leave me your comments !
Αναρτήθηκε από imnotgod στις 07:49