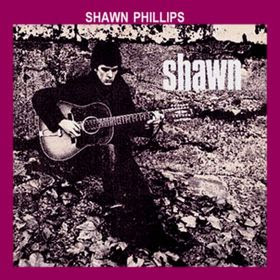 His second album from 1965 ! Phillips' second album sounded as if it could have been recorded at the same session for his debut, which was also a solo acoustic guitar folk production. Perhaps the material and delivery here are a shade gutsier, but it's still very much in the straight-ahead folk troubadour vein, emphasizing a broad scope of covers and an occasional original tune.

Reissued on CD by Wounded Bird Records in 1999 (Mono recordings). Due to the loss of the master tapes, this album has been mastered from vinyl.

FIRST IMPRESSIONS --- In the beginning is the Voice ... the power and the passion of Shawn Phillips ... and the guitar stylist ... warm accoustic simplicity with roots in Texas ... and the mature sensitivity of the born folksinger, sidelined in Beatlemaniac England ... and the experience of years entertaining ... in California with Tim Hardin and in Greenwich Village with John Sebastian and at the Cafe Au Go Go with Lenny Bruce and in Canada with Ravi Shankar ... the fire of the songwriter in his early twenties ... the charisma of the man who controls his future ... In a lesser artist, these First Impressions would be laurels to rest on. (Liner notes)