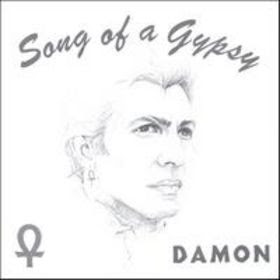 Taken from "hippy-djkit.blogspot.com", nothing more to say !
Damon is the artistic name of David Del Conte, a genius American gypsy musician who is responsible for one the rarest and most sought-after psychedelic album of all time. Based in Los Angeles, David Del Conte and Charlie Carey had already pursued careers in popular music for many years before deciding to embrace the underground rock movement. His debut album, Song of a Gypsy, which was originally released in 1969, has a totally unique sound, with the 'crooner-like' voice of Damon, the omnipresent melodic fuzz guitar of Charlie Carey and truly atmospheric melodies. Amazing druggy fuzzed out psychedelic album with exotic atmosphere, eclectic percussion and trippy songs.