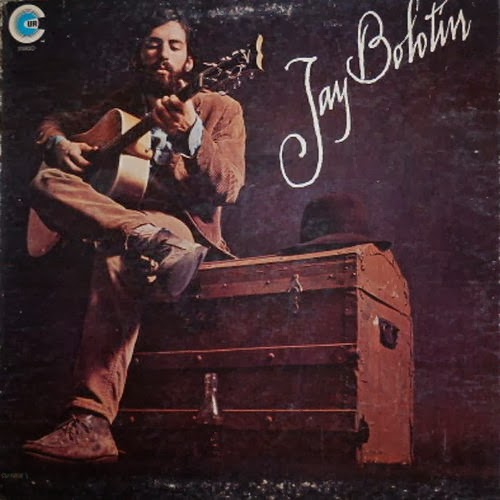 Given he was only 18 at the time, 1970's cleverly-titled "Jay Bolotin" offered a surprisingly impressive and accomplished set of singer/songwriter material.
Like lots of his folk contemporaries Bolotin had a deep and slightly ragged voice that wasn't immediately attractive, but actually grew on you after awhile.
A couple of reviews have drawn comparison's to Leonard Cohen, though to my ears his voice was actually far better than Cohen's.
Featuring ten Bolotin originals, the album also had a distinctive 'live' feel to it.
Backed by a fantastic pickup band, including Lyon on bass, Fugs drummer Bobby Mason, guitarist David Mowry, and keyboardist Mark Taber about half of the tracks featured electric arrangements. Unfortunately the Commonwealth United label collapsed shortly after the album was released, leaving the album to instant obscurity.
Bolotin continued touring, winning fans within the folk musician community, though little attention elsewhere.