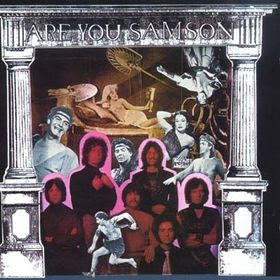 Samson was one of the more obscure outfits signed to Andrew Oldham's Immediate label, considering that they got to cut an entire concept album, "Are You Samson?", which was released by the label in 1969. They played the Marquee Club, and were known around London, but never caught on. Keyboard man and singer Ian Kewley later worked with Strider and Limey, before hooking up with Paul Young. This Samson had no relationship to an early '70s English band of the same name.

A very special but really pleasant one ! The use of horns set Samson apart somewhat.
Αναρτήθηκε από imnotgod στις 21:03

I'm Norman Findlay, the Hammond organ / keyboard player in Samson! There was no one assuming the name of Samson as a performer but it was Ian Kewley who played French Horn who is ommitted in the write up. Ian went on to play and write with Paul Young on keyboards!