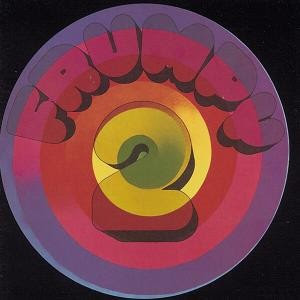 Another milestone in the story of Krautrock !!!

The four musicians who formed FRUMPY were all members of Irishman O' Brian-Docker's folkband The City Preachers, which he founded in Hamburg in 1965. The City Preachers played an excellent blend of American and British folk music and had, sometimes, over a dozen people on stage. Discontent with singer Dagmar Krause, drummer Carsten Bohn left the City Preachers in November 1969 and took singer Inga Rumpf, French keyboarder Jean-Jacques Kravetz and guitarist Karl-Heinz Schott with him to form FRUMPY. In spring of 1970, FRUMPY started a successful tour of France. The same year, they went on a 50 concert tour with SPOOKY TOOTH, and played with YES, HUMBLE PIE and RENAISSANCE. In autumn of 1970, FRUMPY released the first album "All Will Be Changed" which contained only own material with the exception of a Richie Havens cover. The Following year guitarist Rainer Baumann joined FRUMPY and played on the band's second LP "Frumpy 2". In Germany, the album was well received and proved that rock music from Germany could live up to international standard. Their music combines jazz, soul and eastern elements with the keyboards as the most important instrument. FRUMPY topped the Musik Express poll as the most popular German rock group of the year and the newspaper FAZ assisted singer Inga Rumpf to be "the country's biggest individual talent". But FRUMPY disbanded after a farewell concert on June 26, 1972. Inga Rumpf, Jean-Jacques Kravetz and Karl-Heinz Schott formed ATLANTIS.

Frumpy’s second album is fine example of early 70’s German progressive and hard rock mixture and excellent addition to prog collections. Four long tracks, with sound dominated by Jean-Jacques Kravetz’s keyboard chords and soloing, good bass playing and energetic and divers drumming, long jamming and obligatory changes of tempo and volume. Guitar is presented right on time to remember that there is a guitar player, while Inga Rumpf’s cracked hoarse loud and shouting voice is in perfect tune with keyboards and guitar sound and almost looks like keyboards or guitar originated.

Thanks for the Album.