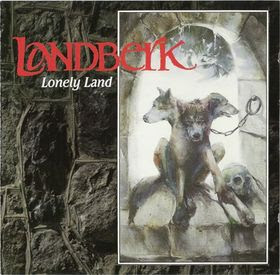 On the debut album "Lonely Land" these guys almost openly recreate the sound of the '70s, actively and effectively using such famous (and popular) keyboard instrument as Mellotron (The Keeper of the string samples). A lot of acoustic piano, and some songs feature even accordion. Cold, Northern music with slow dramatic themes and quite complex arrangements slightly influenced by such bands as Van Der Graaf and PFM. Keyboards play a prominent role here, though often you can hear excellent sad guitar solos.
If you haven't heard the T2 "It'll All Work Out In Boomland" version of 'No More White Horses' and want to - check out the post on this blog ! It has blistering guitar work from the (then 17 year old) Keith Cross.
Please note this is the English version of "Riktigt Akta" which is their Swedish first album in 1992.

The music here is pretty simple (especially harmonically speaking), it creates a nice, melancholy mood using mellotron, flute, and guitar to good effect. Vocals for the most part are quite laid-back, fitting the slow, plodding mood of the disc. Guitar solos form the only real breaks from the broodingness of the music, and even those are somewhat cold: either chilly acoustic work (a la Robert Fripp's acoustic runs in "Cirkus" from Lizard) or a dirty, tortured tone from the electric guitar. Few specific influences come to mind, though there are definite similarities to early King Crimson, certain Änglagård passages (it's worth noting, though, that Riktigt Äkta was released before any Änglagård albums), quieter Anekdoten pieces, and perhaps the more mellow compositions out of 1970s Italy.

This is a worthy release for all fans of Scandinavian prog !!!

One of my favs since years and years !!!
Αναρτήθηκε από imnotgod στις 14:25