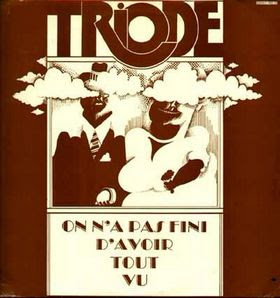 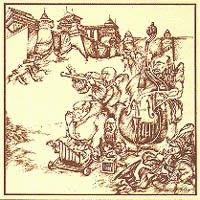 
Releases information : CD Mellow Records MMP 389 (Reissued 2001)
On N'a Pas Fini D'Avoir Tout Vu is an instrumental album with a strong flute presence that might have an immediate attraction for Jethro Tull fans, although both the music and the flute playing show more of a jazzy Canterbury vibe (think of early Caravan). Other bands that come to mind during some passages are Gravy Train (first album) or Traffic. In addition to the virtuoso flute playing, there are some great psych guitar leads. There is also a flute-drenched cover of the Beatles track, "Come together". Anyone with an interest in flute-dominated music should have this album. ( taken from Gnosis )