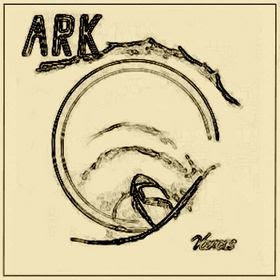 A pretty good Christian effort in a mellow late-60s westcoasty psychrock style despite the vintage. Consistent throughout, with a relaxed and reflective late-night mood that makes it seem unexceptional at first, then it creeps upon you. Not a killer, but appealing enough to check out. Often compared to the Doors, but I honestly don't hear much of that. The very small press size figure comes from a band member.
(taken from http://www.lysergia.com/AcidArchives/ )

1°) A most impressive album, albeit a strange one. It's strange in that it is so sparsely arranged, seemingly just two guitars (one of which is very lightly doodled much of the time), bass and drums. There is just so much space and air that it almost makes me believe that some producers would just record an empty room for the duration of a track, just to add atmosphere to a recording....The lyrics are quite pensive and rarely bland, the melodies aren't rivetting and nor are the vocals but they don't need to be because the whole works in a way that's for me never boring. "Sea of life" seems to literally drift out to sea and they almost work up a sweat on "Sidewalk preacherman", a great track with a semi sizzling riff and all the electricity of a light coming on.Also of interest to me is when the album came out, just as punk was fizzling out and mutating into the more musical, moneyspinning (sorry, commercial) new wave. The album has a minimalist punk undercurrent yet is as far from punk as it was possible to get. Some Jesus bands remained blissfully behind the times, some were ahead of their time and others like Ark seemed out of any time......They were alot more gritty and successful at this kind of style than the 4th Movement {grimtraveller}.
2°) This is without a doubt one of the best albums that no one has ever heard. I have been involved in the Christian music industry since 1975 and have never even heard a mention of this terrific album. I can't stop listening to it! To me "Drifting" and "Sidewalk Preacherman" are the best tunes on the LP but every single song is highly enjoyable. It could be one of the top 20 Christian albums of all time.
3°) Thanks for the kind words everyone. I am Lee Henderson, the drummer/percussionist on the ARK Voyages album. It was both fun and eventful recording that album as some of it was recorded in my parent's basement on a 4 trk reel to reel. It's hard for me to believe this music is still out there as I thought I had the only few copies of the album any more. And yes, Eddie Herold was a Doors lover back then, as well as Moody Blues, and just blues. I was into progressive rock and actually recorded some more nice percussion tracks on some songs, but alas, lack of space and desired guitar parts etc, wiped my extra percussion off. Looking back, it was a miracle that album ever got completed but I am so thankful it did. Much appreciation to those who have listened to it.
Αναρτήθηκε από imnotgod στις 08:56

This music was stolen from me. Eddie Herold

What do you mean Eddie ?
I would like you to tell us more ...

Anyway I feel very honoured to read your comment here Eddie.
(Eddie Herold was the singer and lead guitar on the Ark - 'Voyages' LP)