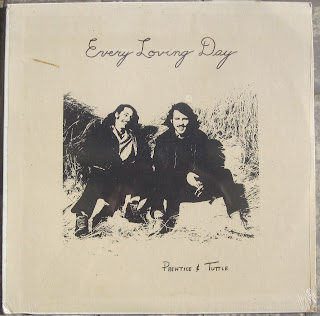 This collectable record by Steve Prentice and Stephen Tuttle is a fragile psych folk record with strong rural Americana feeling.
Most of the songs were recorded in a small apartment in Boston, Steve had a job as a printer, and Stephen was working in a warehouse.
They had their own equipment to record a number of takes after work and weekends.
Steve and Stephen met with John Gerbron and David Cain at the Knowles House to do a couple of songs. Tapes finished in early June 1972 at Stephen's house outside Philadelphia.
About a thousand of copies were made. (review taken from http://rockasteria.blogspot.com/) 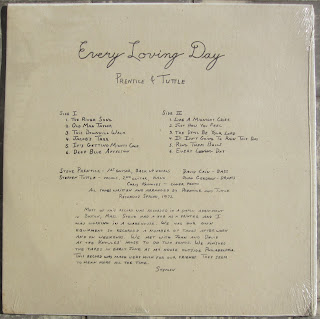 "... On the rare occasion I listen to this music it no longer feels like listening to myself. Too much time has passed. Just two young lads playing some songs. A few moments of creativity and heartfelt expression." (Stephen Tuttle)

Here's a perfect sealed copy of this big rarity !