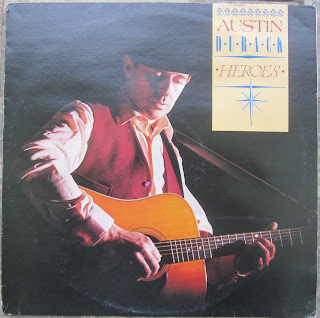 Austin Durack began writing and performing with acoustic guitar around 1970.
He won a prize in The American Song Contest in 1974 and made his first of seven national TV appearances with the group Jabberwocky in 1976.
He met and learned from two well known U.S. Appalachian dulcimer players Jerry Rockwell and Lois Hornbostel in 1980, and started writing and recording music for the instrument.
His first album of songs and dulcimer tunes, 'The Soldier', came out in 1981.
Austin started touring Ireland, Germany, and The Netherlands, with guitar and dulcimer and issued his first single 'How Many Times' in 1985.
This was followed by his second album, 'Heroes' (WEA), in 1987.
His song 'A Beautiful Flight' from the album was an airplay hit and he sang it solo on 'The Late Late Show' (Irish TV show).
In 1989 his album 'High Road To Glory' (Larrikin Records) was released in Australia and New Zealand. 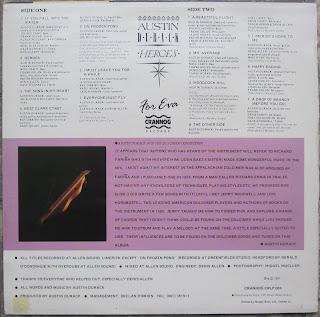 Another excellent Irish Folk LP we have here ! 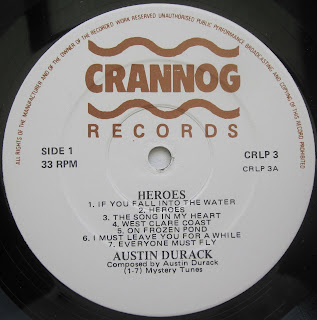