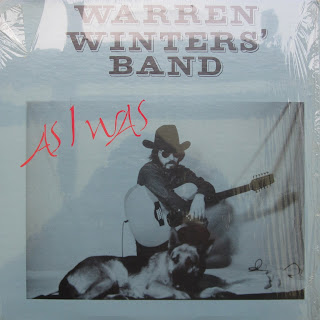 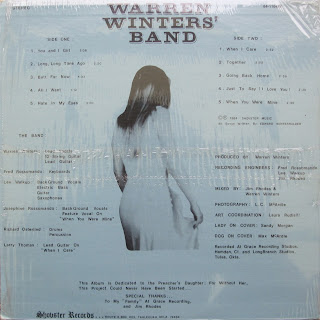 Under the pseudonym of Warren Winters, Edward Winterhalder formed the Warren Winter's Band in the 1980s after fronting the Connecticut Dust Band during the late 1970s and early 1980s. Playing guitar and singing lead vocals, he utilized a group of studio musicians and his childhood friend Kurt Newman (drums) to record the 'As I Was' debut album in 1984 on the Shovster Records label. In 1988, the 'Crossbar Hotel' album was recorded at Grace Recording Studios in Connecticut with Warren Winters (guitar & lead vocals), Andy Rutman (guitar), Kurt Newman (drums), Lou Sabetta (keyboards) and Mario Figueroa (bass). On both albums, the song writing credits noted that all songs were written by Edward Winterhalder. 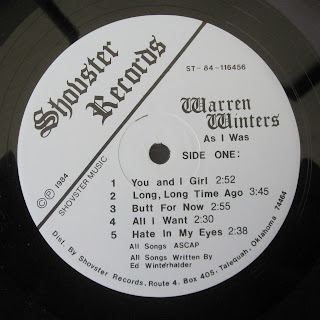 All three albums - the 2 Warren Winter's Band LPs and the Connecticut Dust Band - are little jewels !

Record : VG+++ (I'd rate it EXC too but there are two small visual defects in the pressing itself : two white lines, one at the end of A1, one at the beginning of A2 - both totally inaudibles)
Cover : EXC (still in shrink - see pictures)
Price : 140,00 Euros (+ expedition costs - by registered parcel with tracking - calculated by the Belgian Post office)
Payment : PAYPAL or Bank transfer (ask for my account number)
Contact : etienne.reyser@gmail.com
Αναρτήθηκε από imnotgod στις 18:19