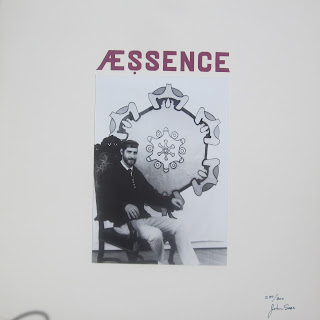 "I originally started to write Zothique and the rest of the suite of songs known as Aessence in 1972 and completed the work in 1976. After performing these songs with various ensembles of fellow musicians at the Freezer Theatre and the St. Andrews Community Concert series in Detroit, Michigan, I scraped together enough money to record and press them to vinyl in the 1980s. We used two 6-track Tascam Porta-Studios and finally did the final mix and mastering at Tanus Studios. Zothique was inspired by the book Zothique written by Clark Ashton Smith. The stories were originally published in various fantasy magazines in the 1930s, notably Weird Tales." -- John Sase

The album was released in a limited edition of 300 autographed and hand numbered copies.
This one is numbered 280/300.
US dreamy acid folk gem,with deep vibe and similar to Arthur Lee Harper, Bobb Trimble and the likes ....