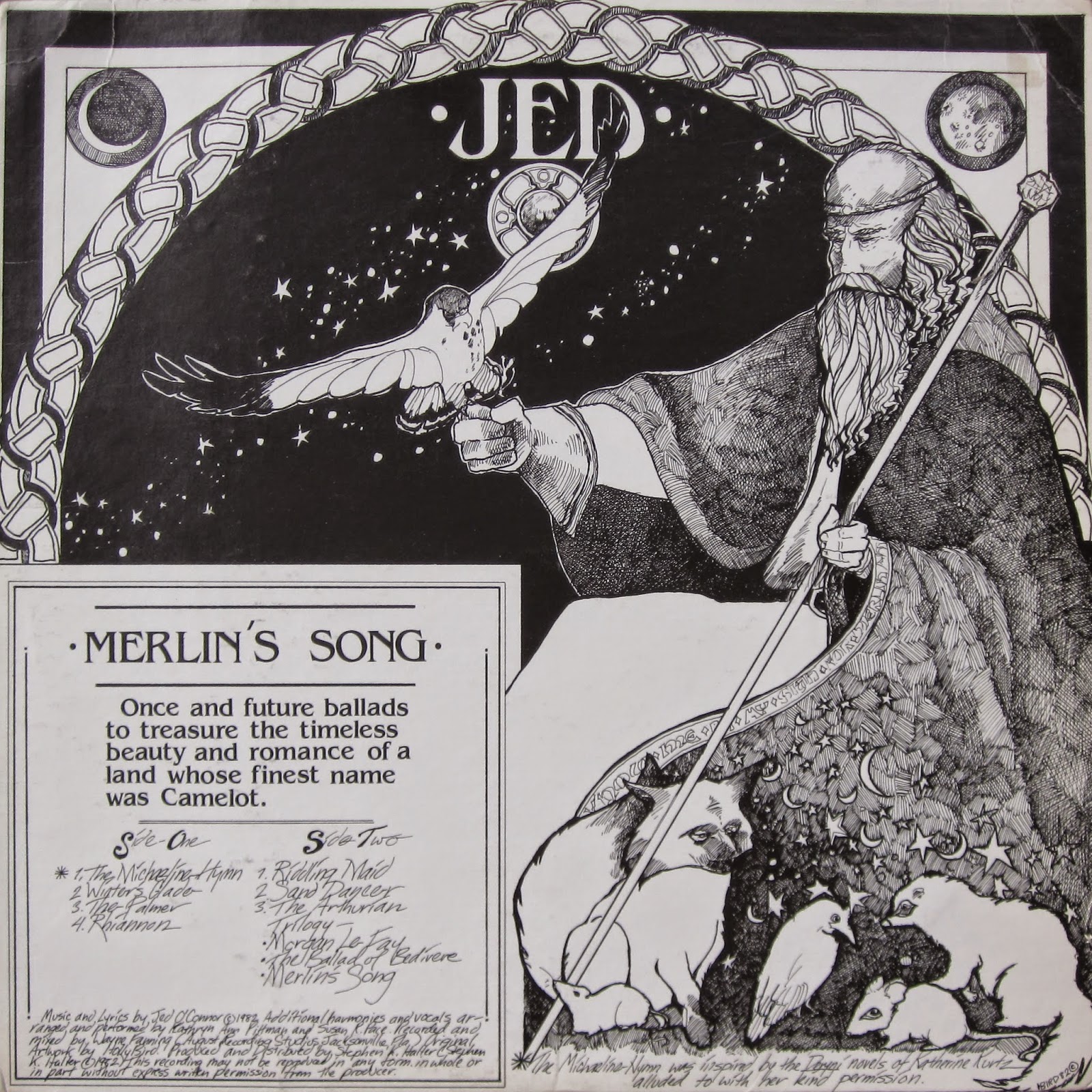 "Mystical, medieval folk songs played and sung very convincingly. And unlike some in the genre, I'm under the suspicion that the psych aspect is unintentional, but rather a natural setting for the songs that were written. This was recorded as some kind of educational project for a Florida based program specializing in all things from the Arthurian period. As far as the music, it's beautiful minor key folk with intricately woven male and female vocals. Fans of bands like Stone Angel, etc. would do well to track this down. Makes you want to dance with the jester". 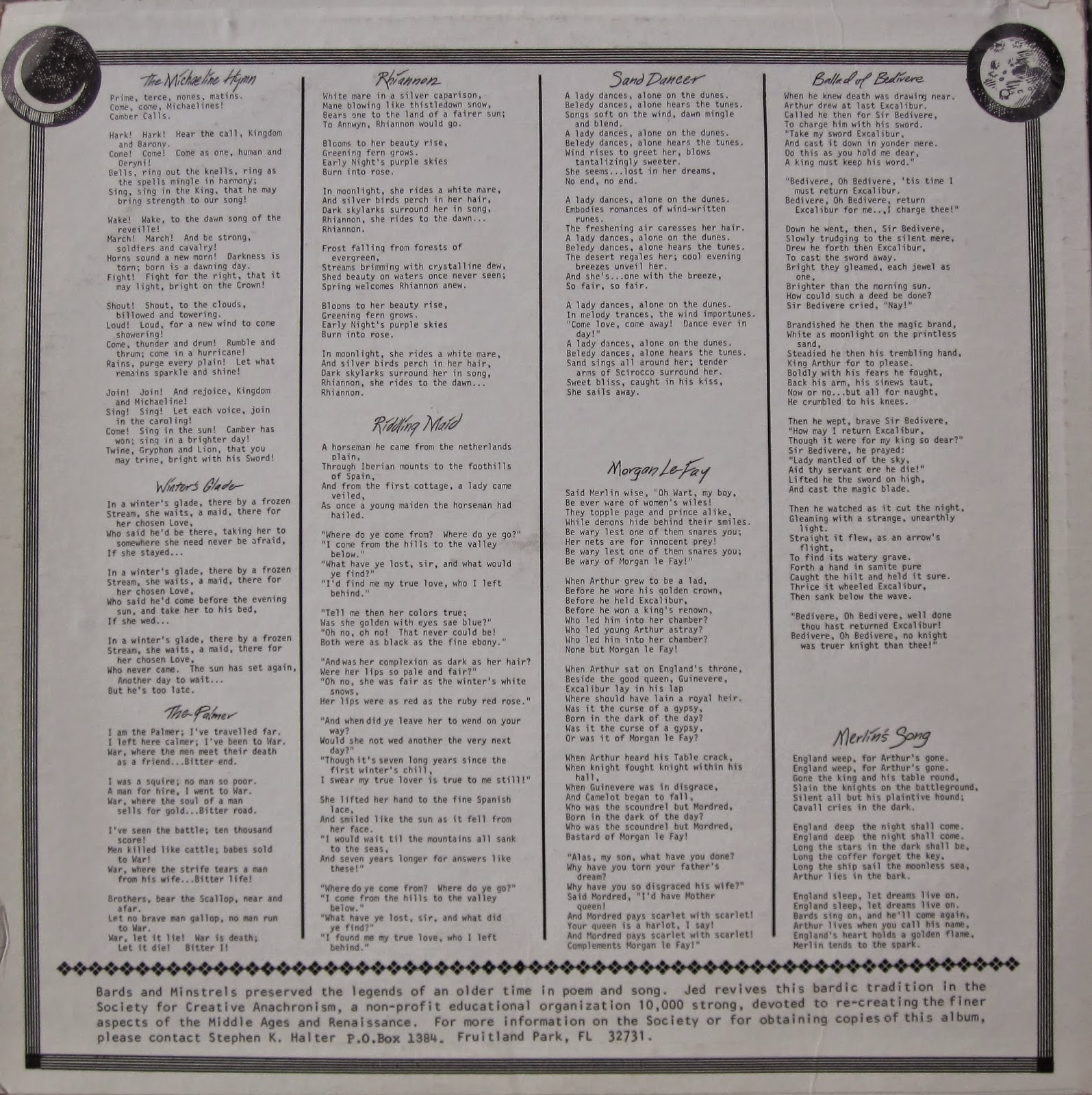 Another of my top ten "desert island" LPs.

You can listen to the full album on youtube :

Don't miss this one, just 300 of these made way back then and very rare now.